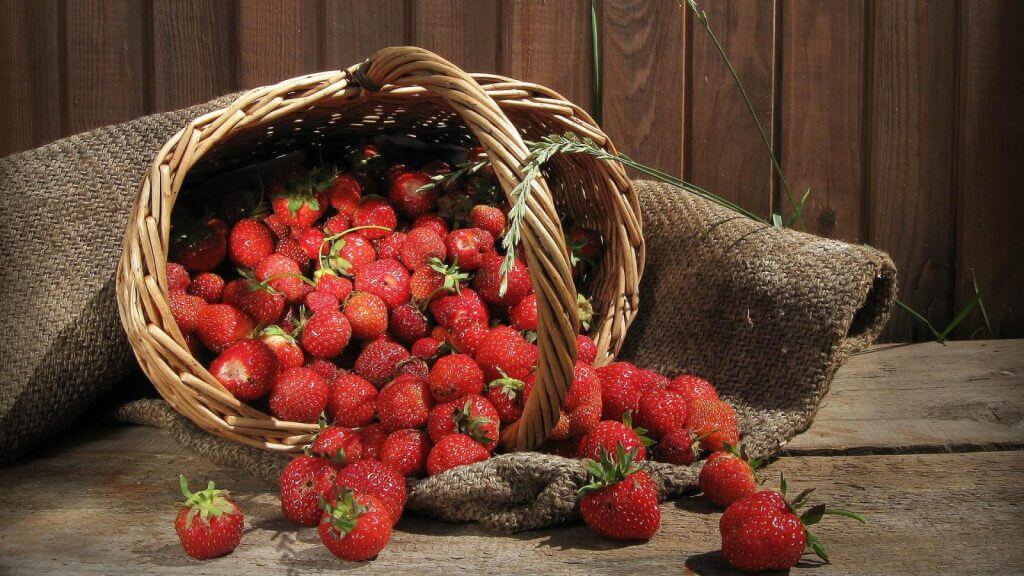 The strawberries are an ancient fruit, the man known for many millennia; to testify to his seeds, found in findings dating back to the Mesolithic. In the past, however, they were consumed very little because they were small, hard and not very tasty, so much so that the Romans used them more than anything else as an ornament or for the preparation of medicines. The strawberries we know today are completely different and derive from the cross between two species both imported from America, “fragaria chiloensis ” and ” fragaria virginiana “. Centuries of experiments and crossings conducted mainly by the English and French produced the great, juicy and fragrant modern strawberries.

Nowadays strawberries, besides being consumed as such, are the main ingredient of many typical desserts all over the world. Among these, the simplest is undoubtedly strawberries and sugar . What is the difference, at a nutritional level, with natural strawberries?

To make the calculation we considered 5 grams of sugar for every 100 grams of strawberries; in practice a coffee sachet of sugar every 6-7 strawberries. USDA data

As you can see, there is not a huge difference .
Of course, it is about adding simple sugars to simple sugars, increasing the glycemic index , but at the level of macronutrients the difference is not much. The relationship between glucose and fructose also remains almost unchanged, because in strawberries, although slightly unbalanced in favor of fructose, the ratio is almost 1 to 1, as in sucrose.
To be clear, there is much more sugar in most of the cookies on the market; the difference is that it is not seen.

1) The first, and by far the most important, concerns the habit of taste .
The taste buds get used to what they receive and if we get used to receiving highly sugary foods we will change our perception of the sweet , with consequences on all our food choices. Strawberries are already a dessert in themselves and do not require additional sugar; if we do not perceive them as such it is because, probably, we have already desensitized our taste buds to the taste of sweet.
Of course, it can happen that they are not very sweet or even they do not know anything about it; in most cases, however, it is due to the fact that we are buying them off-season. Although they are sold 12 months a year in supermarkets, spontaneous maturation in Italy occurs only in spring and summer, with May – June as a peak.

2) Secondly because in doing so, simply, we would eat less strawberries (for the same calories). By eating less strawberries we would deprive ourselves of a whole series of nutrients, micronutrients and beneficial compounds that they have to offer. In particular, some of them are important because they are scarce in our diet and are instead abundant in strawberries. We refer above all to vitamin Cwhich, being thermosensitive, we can not take it from foods that are as rich as vegetables, if eaten after cooking.
In addition to Vitamin C, strawberries are rich in polyphenols and soluble fibers , as well as containing a fair amount of manganese .

To conclude, if we decided to eat less strawberries just to eat them with sugar, we would go back to the expected macronutrients, but to the detriment of micronutrients.

Small engraved : the presence of polyphenols , and in particular of anthocyanins , makes strawberries one of the few foods for which the purchase of BIO can make particular sense. The most recent studies have decreed a marked superiority of biological products only in two aspects: a greater presence of antioxidants ( in particular of the flavonoid family to which also anthocyanins belong) and a minor superficial contamination.
Well, strawberries are very rich in antioxidants of the flavonoid family and, at the same time, one of the most polluted pesticide fruits.

New Article: Everything you would like to know about ACAI (Blueberries).