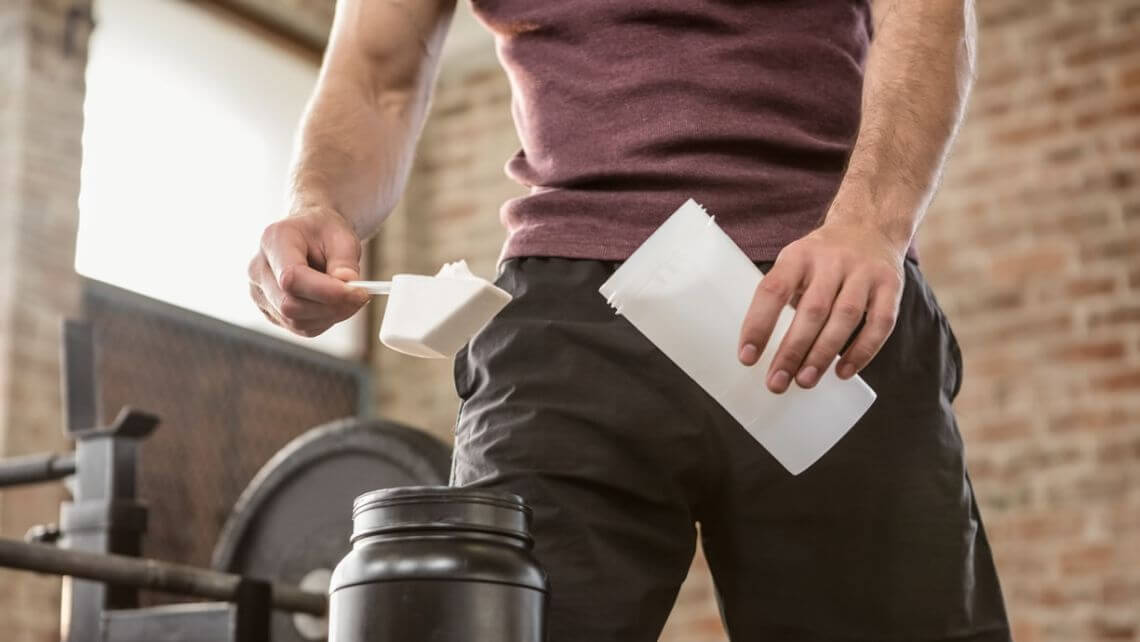 In this article we will go to know the possible side effects of creatine and if it really can hurt.
The studies on the adverse effects of it, especially in the last 20 years have been really countless, so we have a lot of material to draw some considerations if creatine is bad .

One of the most frequent problems for those who take creatine is to undergo gastrointestinal disorders such as (especially) diarrhea.
This phenomenon can be easily explained: intestinal creatine can bring an intense water recall.  This of course can lead to strong attacks of diarrhea.

To overcome this problem would be enough to take it with a good dose of water, perhaps delayed in more assumptions. By doing several tests you can find the right relationship, thus removing this annoying side effect.

Creatine is bad for the kidneys and the liver

” Creatine is bad for the kidneys ” is a phrase that every gym person has heard at least once in their life. But will it be true?
This myth stems from the fact that creatine can increase a biomaker that is a witness to kidney damage ie: creatinine.

The creatinine is a simple degradation product of creatine in muscles.

In fact, creatinine can be considered to evaluate an effective renal problem. So, then, does it hurt? Causes kidney damage? Well it’s not that simple …
Starting from the fact that creatinine is yes a biomarker, but it’s not the only value and test necessary to evaluate kidney damage . Secondly, comparing the scientific literature we can say that: the increases in creatinine given by the intake of creatine turn out to be false positives , also it must be said that this does not happen in all the subjects who take the supplement.

Furthermore, an increase in blood values ​​can simply be explained by the increased concentration of it.
Over the years, numerous studies have been carried out to determine if creatine does indeed lead to renal damage (studies exceeding the year and beyond) to evaluate any negative effects, but in all these studies there was no impairment of renal function.

The liver function was also verified , needless to say that it has not been minimally compromised by the intake of creatinine.

Over the years, the fascinating theory has also been put forward that: creatinine causes various tumors.

We have already talked about this topic in the mega guide on creatine, basically this theory is based on the raising of DHT (involved in prostate cancer): the increase in levels of DHT caused by creatinine are always in extremely physiological ranges, moreover the studies in question, even the study, is only one, performed on a small circle of people and did not go beyond the month in terms of duration. Secondly, raised DHT levels tend to lower.

Other hypotheses involving other tumors have also been advanced, but no human study of creatine has confirmed this hypothesis.
Indeed, more studies have shown a very interesting anti-tumor effect (through inhibition), which should be explored. According to these studies this would happen on tumors in general and on those in the breast.

We can therefore say that in a healthy subject , creatine is an extremely safe compound . This is not confirmed only by its spread that has been going on for decades, but also by a wide scientific literature, which sees more than 800 studies. The only problem that could occur is that of diarrhea, problematic however circumventing. In addition, if you have read the previous article on creatine , you will also understand this supplement can help you not only in the improvement of body composition, but we talk about a compound able to play a preventive role on muscle / metabolic and even mental issues .

So more than a dangerous supplement, it should be seen as an interesting tool for improvement, but also for the prevention of many problems.

See Another Article: The high-protein diet for weight loss.