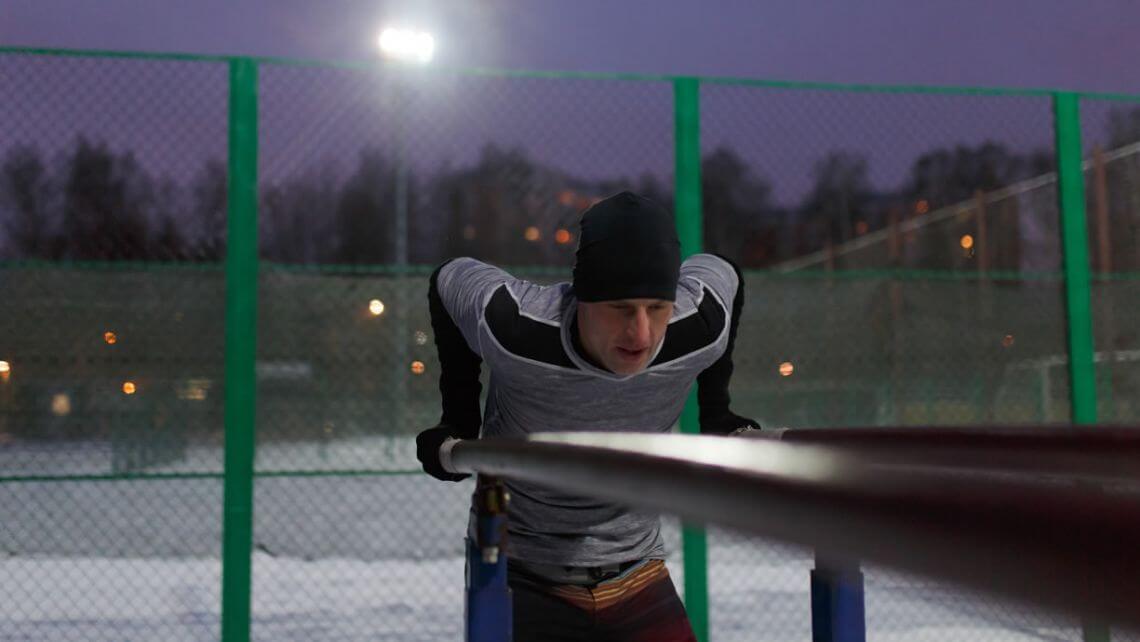 Uphill the repetitions must be mandatory “unbroken”, that is, we should not get off the support, while downhill, given the accumulated fatigue, this option is granted.

Unlike the classic pyramids in Calisthenics , where recovery time is usually limited, here the recovery will be full , to allow us to face the successive series of “rested”, in order to get as close as possible to our real ceiling (in every case we will be far from reaching because of all the accumulated fatigue). Initially, in the series with fewer repetitions, keep recoveries even lower to speed up the exercise and as you approach the ceiling of the day make recoveries even beyond two minutes.

Let’s see a practical example: Dip increment X (Y), where X is the starting value, while Y is the increment.
We now give specific numbers

Criticalities of the incremental program: when to stop?

It would seem that I have already specified, as I have indicated that you must get to the maximum daily . But what at the theoretical level seems simple enough, at the practical level hides some pitfalls.

Let’s go back to our previous example: we arrived at 14 dip, the last repetition was extremely flickering and we feel that we have given everything. What do we do in the next series? Let’s try to make 16 almost certainly failing or start the descent?

If you feel you were on the limit, that more than you can not do, and that you even see difficult to close the first downhill series unbroken, stop and start going back. I recommend, however, only if the conditions above exist.

Now let’s take the case in which we arrived at 14, we feel that it was very difficult and we are not sure to get to 16. What to do in this case? Well, here you have to try, you recover well and try to get to complete the series. If we did, we evaluate the residual energy, and if we are in the case of the previous example we stop, otherwise we continue the climb.

Much more difficult to explain than to do!

Possible variations to the incremental method

What we have seen is the basic and general skeleton of this methodology, but there may be different variations.

What I prefer, and that from a sort of progression to the program, is to set a maximum number of series to be able to perform by adding both the ascent and the descent (can be 8 or 10 total series), and if you run a certain number of series always uphill (a couple less than the total ones) from the vault after it no longer starts from the number X, but from X + Y.

Very comfortable also from an organizational point of view of training, as we know immediately the total series that will be done and then has a certainty of the duration of training, which for amateurs with limited time is very useful.

We always take again the example of the dip, considering here 8 total series and 6 increasing to start from a subsequent value:

10 was the maximum, in total so we have 5 series in which we climbed (we count the first), 3 downhill for a total of 8 series as scheduled. In this case, at the next time we will always start with 2 repetitions.

12 was the maximum reached, the uphill series were 6, so from the next time we will not start again from 2 repetitions but from 4.

That of the award is a variant that I often use live, maybe with whom I see that it is not giving 100% of what it could give.

A boost of motivation that often goes beyond what was thought to be their limits: training is not just numbers; a multitude of series like those in the example are heavy on a mental level, and then maybe you can think of saving something to go back with more peace of mind. By giving this option instead, you are motivated to give everything to avoid all the subsequent work.

Of course, once the series is successfully completed, I will have to go back (joke) anyway.

Another variant is to keep a fixed recovery, under the full recovery time, without then recovering to the maximum to face the next series.

As I conceive this method, I do not like it excessively, because it lowers the daily ceiling compared to a complete recovery (less volume and less intensity ), but beyond that it is a variant that can very well be used (to increase density ) .

It can be very useful to learn how to manage tiredness, perhaps even doing more laps instead of just one. However, I advise not to go below the minute of recovery to not go to distort it excessively

These are only 3 of the variations, which as in everything can be infinite. Obviously I did not say anything about the X and Y numbers, which can be modified at will and based on your level / goal. You can also mix them, try, try, and see what gives you the most results.

How to insert the increase method in training

This method can be used with all the basic exercises, tractions , dip, bending on the ground , bending vertically to the wall and so on.

It can very well be used also for advanced exercises, like muscle ups , free vertical bends, one-arm traction (maybe you can do it ahahaha).
Nothing forbids, moreover, to use it also with ballast.

As for the skills, I would not use it with the latter in the isometries, if not only in the very simple ones, but I find it valid in the dynamics, especially those of the front lever .

Being a method that will touch even relatively high repetitions, in relation to our ceiling (despite, in any case, a high total volume), I find it interesting to be inserted after phases of pure accumulation .

Finally, let’s see when NOT to use it: do not use it on exercises that do not dominate to perfection, returning above the tractions to an arm, if you are not mastered and kicked, this method will make you amplify mistakes.
Do not use it on exercises where you have few repetitions of the ceiling: if you have 5 vertical bends to the wall, using the increment will not be of great help.

Each method has its own history and its placement, knowing how to insert it at the right time is part of the art of programming in calisthenics.