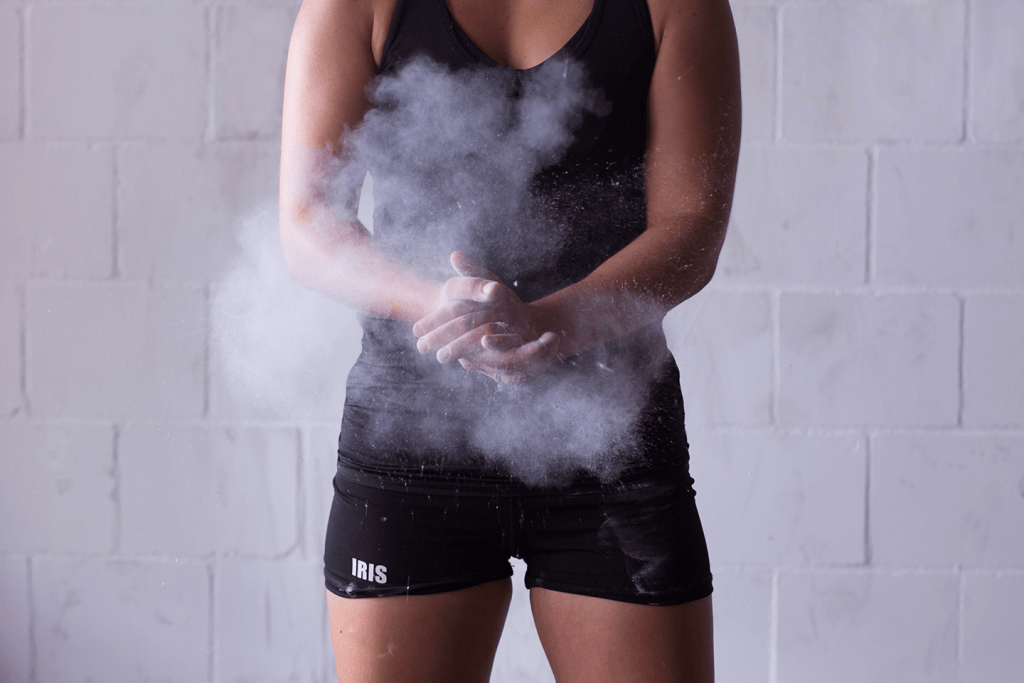 And then all of a sudden the beginning of your challenge looks very different. You can not do a deadlift more decently and do pick up a 4kg kettlebell pain. Ironic but true, even physiotherapists sometimes get injured …

A few months back I got some problems with my back for the first time. I had an enthusiastic moment and realized that after a tough WOD (Workout Of The Day) I could improve my 1RM deadlift. I should not have done that better, because it shot me in the back. I could not go up or down for a few days, but fortunately, my back felt as good as normal after a week.

Despite the fact that I know how important it is to build up quietly after an injury, I was stubborn enough to get back on track immediately. When I felt a (small) pain in my back, I ignored it and I thought it would be okay. Until I came to a point last week where I could not squat more than 30 kg because it hurt. And I had not dared to try a deadlift for a couple of weeks anyway. Cleaning was still reasonable, but I paid a hefty price for the following days.

Listen to your body

Time to listen to my body! Colleagues had loosened my back and buttocks several times, but this did not yet produce the desired effect.

Stretching, stretching and yoga exercises I could not do well, because bending 2 cm was a hell of a job. Moreover, the pain now radiated to my buttock and thigh. I clearly needed granger guns and made an appointment with an osteopath. A lot of vertebrae were cracked, gluteal muscles teased and tissues stretched. I walked out of the treatment room as if I had been completely ‘reset’, took a good rest for three days and promised him and myself to build up work again.

No pain, no gain

As much as I had hoped for it, after three days I felt that it was still not right. So I went along again, left CrossFit for what it was and let the osteopath go again. He came to the conclusion that my back and hip muscles are not stable enough and I have a mini pinching of a nerve. I was shocked by this because in practice I often treat enough people with a hernia. Finally, I realized that if I continued as I did, I would not do my body any good.

Frustrations at the top, but I kept quiet for a week and exercised stability exercises. Step-ups, lunges, one-leg exercises … I could have fun! In addition, I stretched a lot, because my buttocks had a proper operator because of my wrong attitude. Patience is a good thing they say, but I was overjoyed when, after four days of rest, I was able to bend pain-free again. After six days I could actually squat without pain. And after seven days I did my first WOD again. Very happy and satisfied I came home and when I was still pain-free in the afternoon I knew I was on the right track!

I’m back and ready again!

Now, two weeks later and four WODs, it is still going well. I was able to do a deadlift with 35 kg yesterday and bending is still going smoothly. But what did I say to myself? Two weeks of rest does not seem long, but I thought it was terrible. Because I had to, and not because I wanted to.

On holiday I had no problem with four weeks of very little exercise because it was my own choice. But if you have a goal in mind and are eager to achieve something, everything that stands in the way is frustrating. I should not think that I am out of the running any longer. Now that I am pain-free again it is time to rebuild my strength. That is my biggest obstacle during training so far; I am not strong enough yet. I adjusted my training schedule accordingly and eat more protein. But most importantly, I’ve really learned to listen to my body in recent weeks. And I am secretly proud of that!