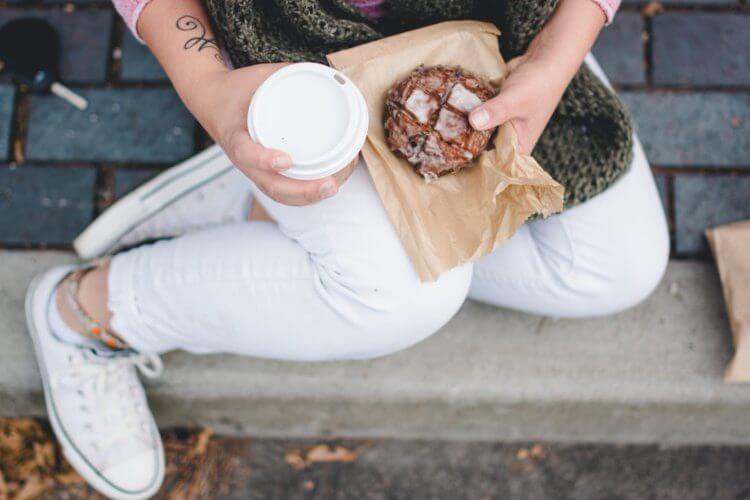 Why is losing weight and arriving so difficult? The facts in a row 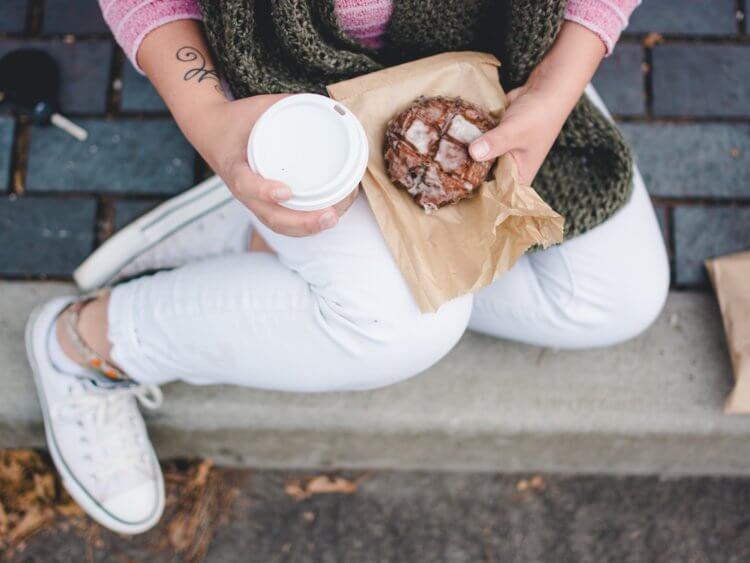 The scale, an instrument that few women have a pleasant relationship with. The majority of women aim for the lowest possible number on the scale. To achieve this, neurotics are looked at food packaging, selective products are purchased and guilty pleasures are avoided with difficulty. Even women who would like to see their weight rise, experience difficulties. The use of a new lifestyle often feels like a forced and uncomfortable process. It means that you are very busy with food and this is difficult to sustain. Read here how it is that losing weight and arriving is so difficult.

Losing weight is the result of a calorie deficit. This means that you consume more energy than you take. On the other hand, arriving is the outcome of a calorie surplus, which means that you take more energy than you consume. To lose weight, you will, therefore, be able to eat less or exercise more. To arrive you eat more or move less. So far the general information with which you might already have been known. What you may not have known is that losing weight and arriving has to do with the compensation of energy deficit or increase.

For the woman who wants to arrive

Your body will consume more energy when more comes in [3]. For example, to become bigger and bigger as a bodybuilder, you will have to eat more and more to build up muscle mass. This can be explained logically: the more muscles you have, the more energy they consume [4,5]. If you continue to eat the same quantities in this case, this will no longer yield any results, because the energy requirement has increased. This effect also occurs when you arrive in body fat. The process I describe here is also known as the ‘law of reduced returns’; the body actively tries to counteract the arrival by increasing energy combustion.

For the woman who wants to lose weight

The body is more effective with energy at the moment that less energy comes in (ie as soon as you decide to eat less). This results in a reduced resting metabolism. You could compare this with a car that starts to drive more economically as soon as the amount of petrol in the tank decreases. The body automatically switches to a kind of ‘survival mode’ in which the need for nutrition is reduced. by reducing the consumption of energy. This mechanism is very useful if you have to survive for two weeks in Siberia with two tubers, can only get dairy products while you are lactose intolerant or if you do not like Chinese and are temporarily stuck in China. Apart from these ‘jokes’, the same principle of compensation saves lives every day in less prosperous countries, where people still suffer from starvation.

With this theory in mind, it may be easier to understand that results often fail when you consciously choose a calorie deficit to lose weight. Research shows that this is especially true for women. The University of Kansas proved that men dropped out while the women did not see any results, while both groups compensated the surplus of calories with more exercise. During a period of sixteen months, both groups had to move extra to create a caloric deficit of two hundred calories. What turned out: no weight loss in the women. The men, on the other hand, fell around five kilos in the same time period. The only bright spot that came out of this study was that the control group (those who did not take extra food,

The explanation for this is that the female body is better able to compensate than the male body. Very useful if there is ever a crisis breaks out, but if we want to work on our body then we will have to take a step forward.

What happens to your body when you stop extra exercise? The answer is, as follows: the energy consumption of the body has decreased so that you arrive faster than before you started moving, even though you eat the same amounts. It is quite possible that all the results you have booked will soon disappear. You might wonder after how much time this happens exactly, but there is no time limit.

The accelerated process of arriving after being stopped with a particular diet is called the ‘jo-jo effect’. I see it mainly as the ‘after-effects’ of the shortages your body has had to endure earlier. In this way, your body tries to compensate for it. Your body started to consume less energy and does so one more time when more nutrition comes in so you arrive faster than when your body was used to a larger amount of food.

Change of metabolism due to a change in the energy balance

In Jip and Janneke language, this means that if you are overweight, your body adjusts to a diet with fewer calories, which leads to less weight loss. That is, of course, bales for people who are overweight. On the other hand, while arriving in weight, the body has also tried to work against it by increasing combustion. If this compensating effect had not occurred, you would have arrived even more and you would have had more obesity (that there would also be less speed if you would eat less).

In theory, you can calculate exactly what your energy needs are and how much an energy shortage or surplus is for you [5]. In practice, however, this is more difficult to apply. It is possible to have your energy needs calculated personally. This is, however, pricey. In addition, it is also when you have precisely calculated an energy shortage or surplus, still no guarantee that you will arrive or lose weight [2]. In short, there is no real argument for a calculation of energy intake.

That it is not easy to determine, is due to individual differences in the human body. Calculating your calorie requirement is only the best possible approach to your actual need based on standardized data. Excellent to start with, but without regular evaluation and any adjustment based on your personal results, not very effective. It can thus be seen that a deficit of two hundred calories a day leads to results, but after a few weeks no longer.

Why is losing weight or getting more and more difficult

So we can conclude: the longer you are busy with arriving or losing weight, the more trouble the process will cost you. Because your body adapts quickly to new circumstances, you will have to work harder to keep on achieving results.

In the beginning, weight loss or arrival is relatively quick. In the gym, they often refer to ‘newbie gains’ where they aim at the rapid increase in muscle mass among beginners who have begun fanatically with strength training. This rapid increase in the first phase is exactly what athletes at a later stage still yearn for thinking back because they will rarely achieve comparable results in the same time frame.

But, the fact that there are quite fast results, in the beginning, you can also see as something positive! It is very motivating that in a short time you already feel (and see!) Real results. How nice is it that the hard work is rewarded quickly! This gives an extra incentive to continue. And by the time the results do not come so fast, chances are that you are already used to your training and feeding schedule which makes it easier to keep up, despite the less spectacular results.

Because imagine if it was the other way around; suppose that the moment that you really start to notice something about your body is not always present. That you are doing your very best but the real results simply are not visible? I think that this would be demotivating and that you would quickly put down the ax. As a variety optimist, I like to see all of this as something positive. We ‘have’ to be glad that the effects are quickly visible at first because we remain motivated to continue. Your body actually works a little when, when motivation and discipline are the highest!

After reading this article you can conclude one thing: the moment you want to book results, you always have to keep in mind that this is a choice for a long term. In the short term you can quickly achieve certain goals, but as soon as you stop, the ‘jo-jo effect’ is lurking. Both losing weight and arriving require time, effort and discipline because it will cost more and more effort to achieve new goals.