Poor arms: how to behave 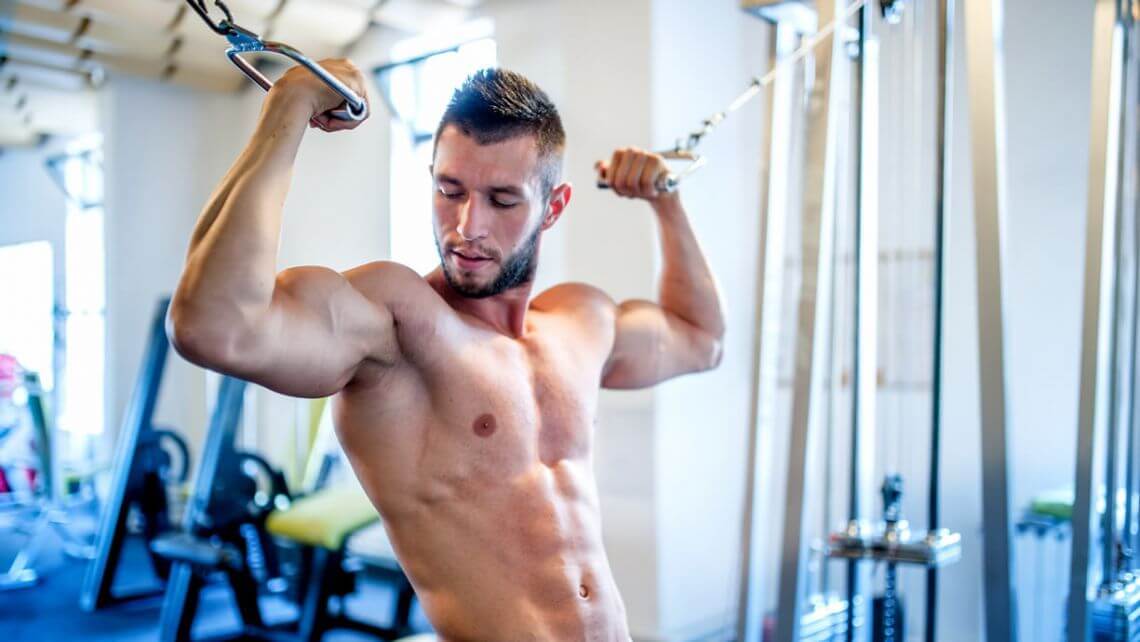 The big arms are undoubtedly one of the symbols of bodybuilding, in fact, when we talk about the largest arms and certainly not through the most voluminous legs.

The esoteric symbology of bodybuilding has been launched with a large body.
Can people who have such misfortune resolve permanently or at least try to bridge the gap with the other muscles?
It is important to analyze, first of all, the main causes that can lead to muscle deficiencies:

Arm training: where to start

The problem lies in the last 2 points. This is Because the training of biceps and triceps does not have such a marked technical rate, even though in the weight rooms exercises like the handlebar curls and push-down are perpetually performed badly.

As for the technical part I suggest you take a look at a trained trainer.
To perform the exercise at the end of the day.

If then our muscle is deficient then it is the end, only 20-30% of the work will be successful.
(Take these percentages for what they are, there is no scientific study behind it)

Here are some technical tips for biceps training:

The triceps are instead a muscle that works in thrust and the synergy with several other districts will result a double-edged sword, in fact their characteristic allows both to help during the thrust rises but also that it is “stolen” from the work by muscles synergists such as chest and deltoids.

Among other things, common consideration, provides that the idea of ​​”big arms” immediately refer the thought to the biceps, wrong view. In fact it is not the biceps that gives a voluminous arm but the triceps.
For this reason, if you want to fill the sleeves of t-shirts always give them a special eye (see triceps exercises ).

Once we have established that the technique is optimal, there is only one thing to do with your arms: train them!

Variables in training of the deficient arms

The precautions to be taken, after having fixed the technique, are primarily three:

Muscular priority.
What does it mean to give priority to a muscle? It means that, in this case, the arms will have to be trained at the beginning of the week and above all as the first muscle of the workout.
All this so you can train them refreshed with the maximum physical and mental energy to dedicate to them. In this way we will avoid the psycho-physical exhaustion of a week’s work or the lack of energy due to other exercises; in fact doing so will affect the hypertrophic development, the safety of the execution and the physical energy to devote to specific training.

In training the deficient triceps muscle priority, in my opinion, is fundamental. In fact, a pre-fatigue before training chest and / or shoulders is a must or will run into the problems described above.

Vary the training stimuli.
Until a few years ago, but still many coaches are convinced so, it was believed that the optimal range of repetitions to create hypertrophy was that intermediate of 6-12 repetitions.
From the latest scientific evidence, however, it seems that all the repetitions cause hypertrophy, both the low (1-5), both the high (12-15) and the very high (from 15 onwards).
So Hatfield over 30 years ago had seen us well …

Based on this, it will be necessary to target the muscle that is considered deficient with as many stimuli as possible. I recommend starting, in general, from two “macro-stimuli”:

All this during the micro weekly cycle.
The arms, as far as I’m concerned, have an optimal range that goes from 6/8 to 20 repetitions.

Another factor that I always take into account is that of working with both maximum contraction and maximum stretch exercises, possibly in the same session, respecting part of the principles of the POF (Position Of Flexion) method.

Small tips. To be sure to stretch one of your muscles to the maximum you must contract the antagonist.
For example if you are doing a curl with dumbbells and, at the end eccentric, you want to stretch your biceps at best you will have to contract the triceps.

Ensuring the greatest number of possible stresses both in terms of repetitions and of training stimulation can only benefit from the hypertrophy of your arms.

Frequency and volumes suitable training of the arms

I tell you in advance that training your wanted arms once a week will not make them grow. To train them several times a week is without a doubt the most correct way.
The frequency, in the deficient muscles, is a parameter of vital importance, the more rooms increase the chances of recovering the volumes.

We come to what I consider to be the second most important variable in this context: the volume .
My advice is to start from the volume you are using and increase it by a serial number that can go from 1 to 6 every 2-6 weeks until you reach a total number of sets that will give you results.

Normally, during specializations, I would recommend keeping the other muscles in maintenance or little more.
The arms, however, having two small districts do not require too much energy or too much time for their training, so it could run in parallel with another muscle group, even better if small too.

Furthermore, the upper limbs lend themselves without difficulty to the various training intensification techniques  .
Those that I use the most are the Jump Sets and Super Sets , both antagonists and not, these tools allow you to increase the work density, intensifying the metabolic stress and shortening the timing of the single session when maintaining high volumes.

Let’s see one of the many practical examples referring to all the concepts previously exposed.
Suppose a training set on 4 days a week, a classic push-pull or upper-lower.

See Another Article: Nutrition Guide: What to eat before, during and after training