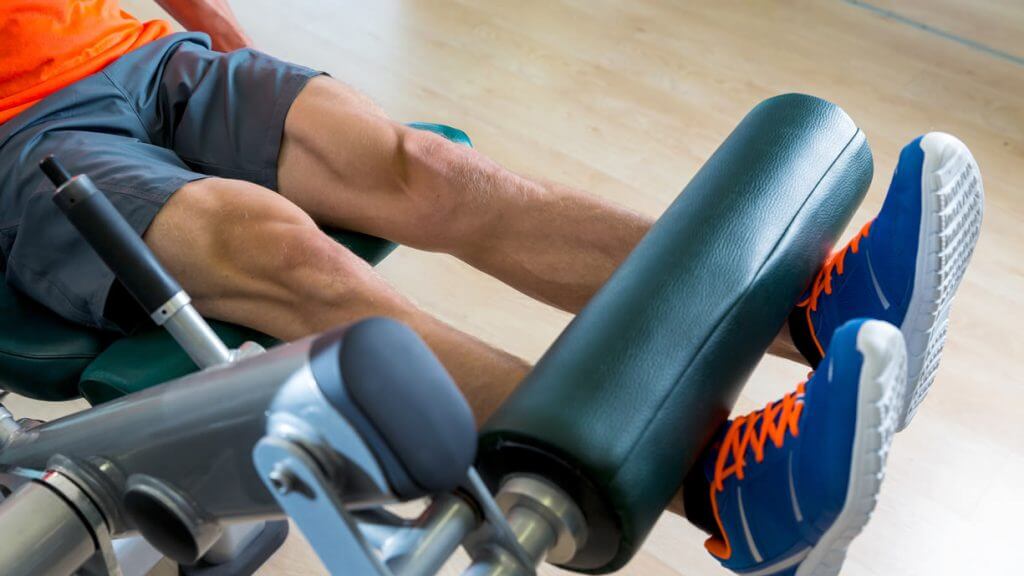 Can leg extensions create knee pain ? Can it really be dangerous for the health of the anterior cruciate ligament ? Is the leg extension for rehabilitation useful? These and other similar doubts are often raised when discussing leg extension machinery in the fitness and bodybuilding environment. Over the years this exercise has certainly acquired a bad reputation in the environment (sometimes together with the Leg Curllying down), often listed as not very functional and risky for the knee. Where is the truth? How much is this reputation deserved and what is the result of superficial slogans? A quick analysis of the exercise and the application of an interesting mix of science and common sense will shed light once and for all, delivering practical information to be brought back to the gym tomorrow.

Briefly analyzing the forces acting during the Leg Extension, we easily notice that the ankle-level bearing anteriorly generates an anterior tibia translocation force (subluxation) to which only the anterior cruciate ligament (LCA) is opposed , which it will be put in tension and all stress will be absorbed (lack of co-contraction of the ischiocrural and the gastrocnemius in a not very functional exercise). In support of this not only simple biomechanical analyzes such as this but also scientific evidence (Lutz GE et al, 1993; Mesfar W et al, 1997; Jenkins WL et al, 2008).

In particular, going a bit ‘deeper by consulting some scientific studies of reference:

An important consideration to do now concerns the context in which the exercise is proposed. Who is performing them? A post-operated crusader, a subject with patellofemoral pain or a healthy boy? A neophyte or an advanced? From here you can start to broaden the mind and schematize all the possibilities that can be proposed in the field.

How to make the leg extension: healthy person

The so-called cutting forces that we have found existed during the Leg Extension are well neutralized by a healthy and integral anterior cruciate ligament in all its structure (useless terrorism: a knee dislocation or a patellar dislocation will never happen). Rather some little advice is useful to give it to insert this exercise (if you want to do it to give emphasis on the vast medial muscle) with more criterion.

How to make the leg extension: a person with a knee problem

There are different considerations regarding the person with ligamentous injury (in conservative treatment, in pre-operative or in post-reconstruction of the crusader with graft), with patellofemoral pain (normally anterior to the knee), patellar tendinopathy or meniscal injury.

Having said that, I always encourage the collaboration between different professionals in the gym. In cases of knee pain, direct confrontation between professionals is essential, avoiding bad spelling of one another and understanding the situation and acting accordingly for the good of the person. The choice of proposing the Leg Extension in any situation between the exercises for the vast medial must always be motivated and an adaptation in terms of excursion in sore knees must always be understood by everyone to avoid misunderstandings (it is essential to have clear objectives and manage correctly the workloads).

See Another Article: Squat: how to do it and when to insert it in training sessions.