High chest exercises: what to do

High chest exercises: what to do 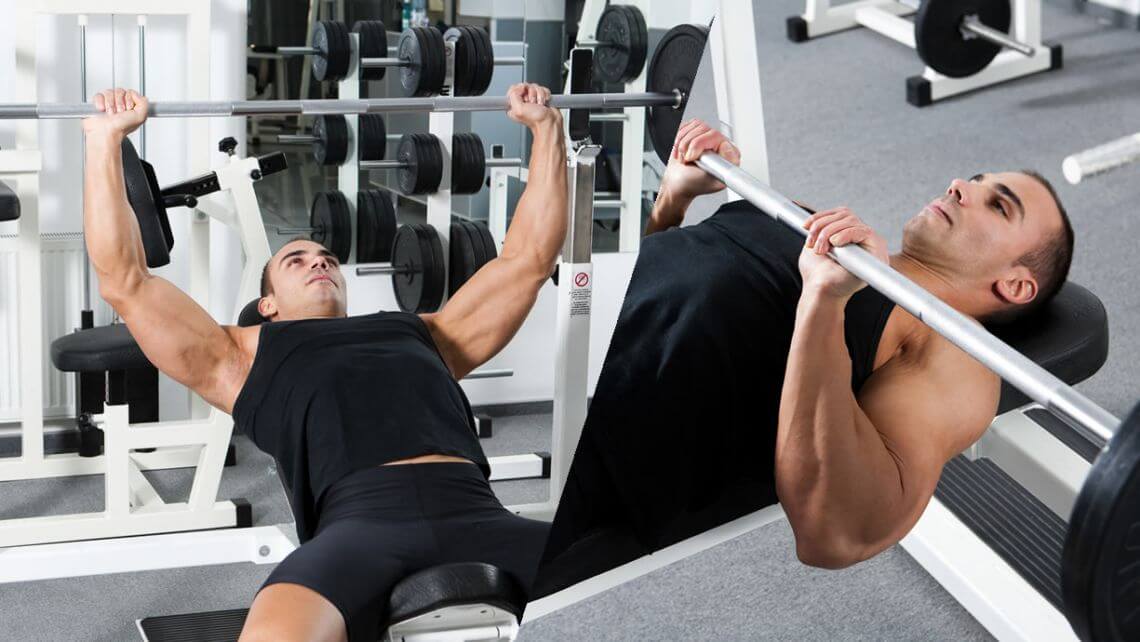 In this article we try to find out what are the best exercises for the high chest . To understand when we activate the clavicles of the great pectoral, let’s start from the theory to have a practical and applicable answer.

Always the inclination of the bench in the gym is considered the best strategy to modulate the activation of the different portions of the great chest: if you want to activate and develop the chest higher you have to tilt the bench, if you want to activate and develop the lower chestmore on the contrary, you have to decline the bench. But is it really like that? Should you really incline the bench to stimulate the upper part of your chest? Let’s find out together through anatomy, biomechanics and scientific literature.

High chest and low chest: analysis of movement in the gym

At the anatomical level the pectoral consists of two distinct portions that differ in some functions. The high chest (clavicular portion) conveys, flexes and intrudes the humerus, the low chest (sternal-costal portion) adduces, extends from a position of maximum flexion and intranges the humerus.

Summarizing the question, from a pure analysis point of view, we can state that:

High chest and low chest: what the studies tell us

In the literature some studies, even recent ones, have analyzed the electromyographic activity of the different pectoral bundles during exercises with different inclinations of the bench. In summary, the studies have reached the following important conclusions.

In light of these three points it is possible to make some biomechanical reflections before reaching conclusions to be reported in daily practice in the weight room.

All three points above are united by the same characteristic: the variation of the movement plane and, consequently, of the muscular involvement. In fact, the first point shows a greater activation of the high chest from 45 ° onwards of inclination. As already mentioned above, this should not be too surprising, since with this inclination the plane of movement changes from transversal (horizontal adduction) to a sagittal / frontal hybrid (flexion / abduction) with the consequent greater activation of the humerus flexors between which are in fact the upper chest and (as indicated in point 2) the anterior deltoid.

Moreover, the fact that the decrease in grip width influences muscle activation in a similar way, as reported by Barnett in 1995, confirms what has been said: tighten the grip approaching the elbows to the bust, this changes the work plan and the movement performed by adduction becomes bending, thus involving the upper chest as a flexor of the humerus to a greater extent. Biomechanical reasoning and scientific studies go hand in hand.

Let us summarize in a few points what you must bring home about the subject “high chest and low chest”.

In conclusions the best exercises for the high chest are: the inclined bench starting at 45 ° and the narrow bench .

See Another Article: Crosses to Cables: execution and variations.